Where is Hawaii located?

Unlike what most people think, Hawaii is located in the middle of Pacific Ocean (Between the American, Australian and Asian continents) :

As you can see on the Map, the red pin’s not really the nearest point to the USA. In fact the distance between Hawaii and mexico is about 3660 miles, while it is about 3758 miles beween Hawaii and USA.

The exact geographic position of Hawaii is:

Hawai is an archipelago of 8 islands:

where is the capital of hawaii located?

The capital of Hawaii is Honolulu. The biggest city of Hawaii.

Honolulu is in the south of O’ahu island, the gathering place. In addition to being a great tourism attraction. Honolulu is also a major hub for international business, military defense, as well as famously being host to a diverse variety of east-west and Pacific culture, cuisine, and traditions.

Is Hawaii a state?

First of all to quickly answer your question “is hawaii a state?“: Yes, Hawaii is an American state. However, that’s not a complete answer. In fact, Hawaii is also the name of the biggest island of Hawaii archipelago. However, generally when we talk about Hawaii, we mean the State of Hawaii, also Known as the Aloha State. 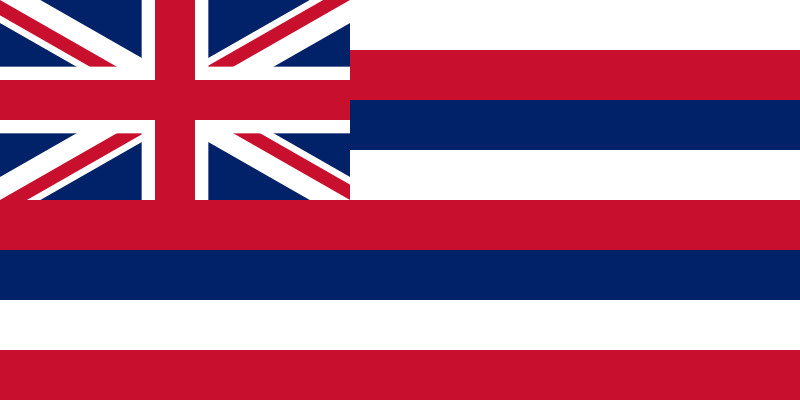 Even more, Hawaii is the 50th and most recent State to join the United States of America. It’s the only State located in the Pacific ocean.

When did hawaii become a state?

Hawaii is a state of United states of America since the 21st of August 1959.

However, according to the archaeological evidence, the earliest habitation of the Hawaiian Islands dates to around 300 CE. A second wave of migration from Raiatea and Bora Bora took place in the 11th century. The first European arrival is spanish.

However the first documented contact by a European explorer with Hawaii is British. In fact, James Cook explored the area and documented his exploration in 1778.

How did the us acquire hawaii?

In 1795, all the inhabited Hawaiian islands were subjugated under a single ruler: King Kamehameha the Great. He established the House of Kamehameha, a dynasty that ruled the kingdom until 1872.

However, throught time, American protestants performed a religious conquest in the kingdom. Thus, they convinced locals to leave many traditional practises and convert to christianism. During the reign of King Kamehameha III, Hawai’i turned into a Christian monarchy with the signing of the 1840 Constitution.

Many kings succeded on the Hawaiian trone until 1893. Thus, Queen Liliʻuokalani announced plans for a new constitution to proclaim herself an absolute monarch. On January 14, 1893, a group of mostly Euro-American business leaders and residents formed the Committee of Safety to stage a coup d’état against the kingdom and seek annexation by the United States. United States Government Minister John L. Stevens, responding to a request from the Committee of Safety, summoned a company of U.S. Marines. The Queen’s soldiers couldn’t resist. therefore, the monarchy was unable to protect itself

On January 17, 1893, Queen Liliʻuokalani was overthrown and replaced by a provisional government composed of members of the Committee of Safety. Moreover, The United States Minister to the Kingdom of Hawaii (John L. Stevens) conspired with U.S. citizens to overthrow the monarchy.

In 1993, the US Congress passed a joint Apology Resolution regarding the overthrow; it was signed by President Bill Clinton. The resolution apologized and said that the overthrow was illegal in the following phrase:

The Congress — on the occasion of the 100th anniversary of the illegal overthrow of the Kingdom of Hawaii on January 17, 1893, acknowledges the historical significance of this event which resulted in the suppression of the inherent sovereignty of the Native Hawaiian people

In the 1950s, the power of the plantation owners was broken by the descendants of immigrant laborers, who were born in Hawaii and were U.S. citizens. They voted against the Hawaii Republican Party, strongly supported by plantation owners. The new majority voted for the Democratic Party of Hawaii, which dominated territorial and state politics for more than 40 years. 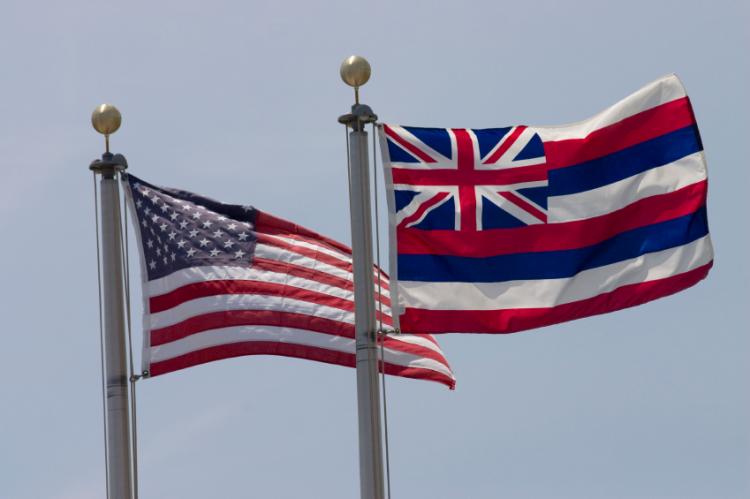 In March 1959, Congress passed the Hawaii Admission Act, which U.S. President Dwight D. Eisenhower signed into law. On June 27, 1959, a referendum asked residents of Hawaii to vote on the statehood bill; 94.3% voted in favor of statehood and 5.7% opposed it. The referendum asked voters to choose between accepting the Act and remaining a U.S. territory. The United Nations’ Special Committee on Decolonization later removed Hawaii from its list of non-self-governing territories.

Finally in the 21st August, 1959. Hawaii receives statehood to become the 50th and most recent state to join the United States.

what is the population of hawaii?

Hawaii have a population estimated of 1.5 Million, which makes it listed as the 40th American state by population. Furthermore, most of the population is located between the two islands of O’ahu and Moloka’i. Large numbers of Native Hawaiians have moved to Las Vegas, which has been called the “ninth island” of Hawaii.

Today the population of hawaii is:

Have something to say about this article? Cancel reply